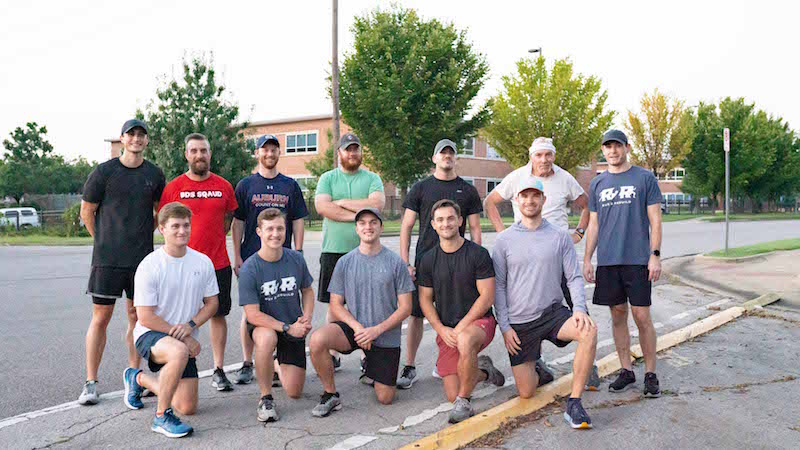 It’s 6 a.m. on a late August day as voices lightly reverberate off the ceiling of “the dome,” the Jimmie Hale Mission’s covered basketball court. As an early-morning flight makes its arc in a flamingo sky, a loose gaggle of men congregate around, some young, some older, all in good spirits considering the time.

The men, dressed in athletic gear, seem comfortable with each other. They catch up, laugh and make conversation as they get into a warm-up: high-steps, hamstring stretches and half-windmill leg swings. On a nearby table, three white boards titled “10 Miles Further,” “25 Miles Further,” and “50 Miles Further” bear a list of names.

They’re all here for a Tuesday session of Run2Rebuild, a fitness-focused program dedicated to providing a healthy, goal-setting outlet for mission residents, while connecting them with members of the local community invested in their success.

It wasn’t long after Darrion Sistrunk arrived at Jimmie Hale Mission (JHM) in early 2021 that he saw the Run2Rebuild milestone boards up on the wall. He was intrigued. “I wanted to start feeling better,” he says. “It was a way to clear my mind, clear my brain. It was nice to start the morning feeling refreshed and energized.” It didn’t hurt that he also had a bit of competitive drive egging him on. “Man, I can get 50 miles,” he thought. “I wanted to be at least the second person to get on that plaque. I wanted to achieve something.”

After coming into JHM homeless and with a drug addiction, Darrion found that the program not only gave him a physical outlet, but it also provided him with a new network of people rooting for his success. “Having someone you can talk to about ‘this is what I want to do’ is important,” he says. “And having someone give you advice, it helps you make better decisions, especially being around godly men and godly people.”

Run2Rebuild founders James Harris, Garrett Rogers, Jordan Carr and Jesse Westerhouse were all quick to mention Darrion as an example of someone who took to the program and, well, ran with it. He quickly made the boards and truly became an integral member of the group, serving as an example of not only what the program could provide but of how it could foster future leaders. 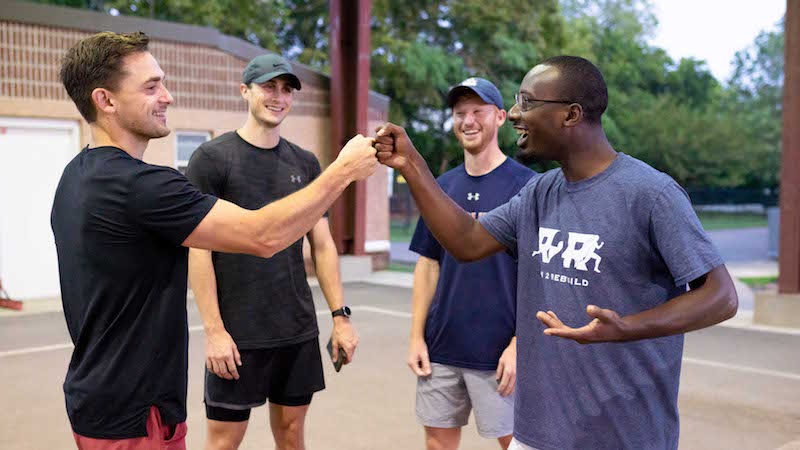 “I correlate Run2Rebuild and the JHM with encouraging me to stay on the road I’m on and to keep God first and be the best I can be in all endeavors,” says Darrion, who now not only has an outside job but works as a mentor at the mission and a leader of the Run2Rebuild program on Saturdays—showing what is possible through dedication, a supportive community, and perseverance. (He has racked up over 100 miles by now).

Run2Rebuild started back in November of 2020 with James, Garrett, Jordan and Jesse—a group of Auburn University grads and friends—after they observed similar groups in larger cities that used running as a tool to serve people experiencing addiction and homelessness.

“We were going to a workout class at Mountain Brook stadium when we talked about the benefits of those programs for homeless populations and the fact that Birmingham lacked something like them,” says Jordan, a 2013 Mountain Brook High School graduate. “Having seen the physical and mental impact that running and group fitness has had on us, we decided to start something ourselves in hopes of sharing that with others.”

It’s an interest that Garrett explains coming into view: “We were brainstorming ways of how people our age could give back. Being so young and early in careers, it’s hard for us to give back monetarily. But, what do we enjoy doing, and what would we enjoy teaching someone? Building a program centered on working out and mentorship was a way we could add value.”

Balancing the demands of corporate jobs, medical school and law school, the founders began mapping out how it would all come together. According to James, the group spent a good deal of time planning and aligning on the vision before reaching out to potential community partners. “We spoke about how the structure would work, the volunteer base, and importantly, the safety. It was about two months of phone calls and meetings,” James explains.

Once they had a solid plan in place, they looked around town for a partner organization that would be interested in what they had to offer. Luckily, their first call, the Jimmie Hale Mission, wound up being a perfect fit. The JHM has been devoted for decades to using a faith-based approach to help those experiencing homelessness in Birmingham, and it has recently shifted its focus to recovery programs that help the underlying causes of homelessness, which in about 90 percent of cases is some form of addiction. 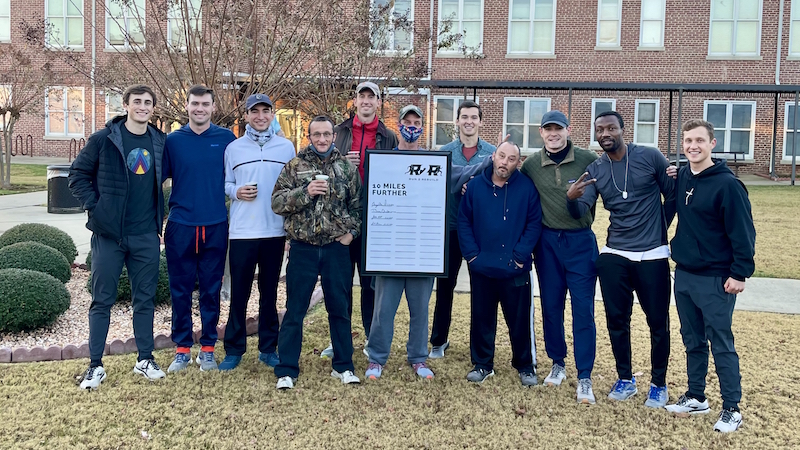 As its executive director Michael Coleman explains, “Our curriculum and program is rooted in getting health in five areas: physical health, mental health, spiritual health, social health and vocational health.” When he was approached about Run2Rebuild, he knew they could not only fill a resource gap in terms of the JHM’s ability to fully service their enrollees’ physical rehabilitation but also their relational needs.

“There’s a health aspect that’s important for [someone] moving forward that’s sacrificed by homelessness or addiction,” Michael explains. With Run2Rebuild, physical fitness could be addressed in addition to getting the JHM’s men better connected to the community. “Here were people we could collaborate with that have a heart for our population and bring in healthy, outside relationships with these men.”

James echoes this idea in his own explanation of the program’s benefits: “We need to get these men plugged in with people in the community—because they are part of Birmingham’s community. On top of that, we can help them build relationships with a different group of guys than they are traditionally around.”

Lastly, the program serves as a tangible way for the men to set goals and track their progress towards a result they work towards with the support of others. “We want to instill that they can set and accomplish goals and have a support system behind them that is with them along the way,” Garrett says. “We preach to these guys that they are loved and special, regardless of what has happened in their past.”

So how does it all work in practice? Run2Rebuild works on a four-week-long schedule that meets two mornings per week at 6 a.m. Volunteers and JHM residents meet at the JHM campus, stretch, pair up one-on-one and go for a 2- to 3-mile run depending on each participant’s ability level off-campus. When everyone is back, prayer requests are shared and they disperse. Each participant’s mileage is tracked by cumulative distance milestones that are displayed on boards in the cafeteria—allowing them to see and share their progress as they work towards graduation.

Naturally, though, the runs play a large role in expanding horizons for both participants and volunteers. “For us,” says Garrett, “it’s eye opening. You realize early on that some of these guys have gone through unspeakable things, and it makes you realize your own privilege.” 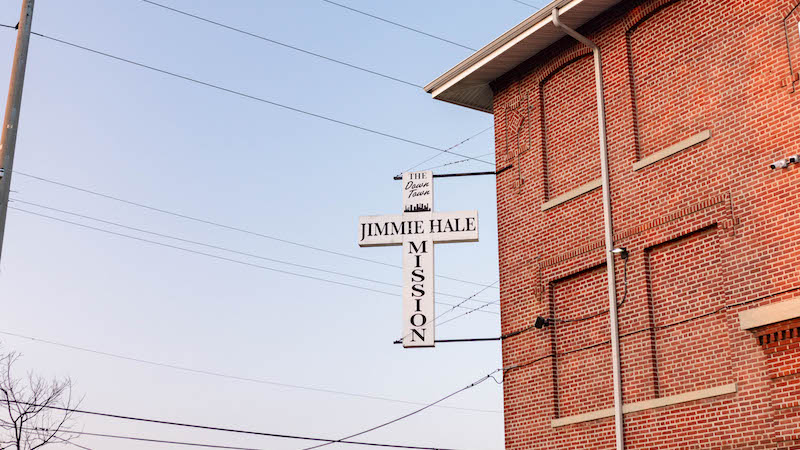 Jordan shares that there have been “runs where I’ve heard seemingly the entire life story of a guy, who in some cases goes from living a stable life to being on the street in less than six months, for a variety of reasons. The runners tend to quickly realize that we are there to be an outlet and that we fundamentally care about them.”

James echoes those ideas: “Every one of these guys still has dreams and aspirations and no one has lost hope–our goal is to use the running group to help them see that they can get there.”

Back to the late August morning, the men have done their stretches and are ready to hit the road. They each find a partner and settle into a rhythm, feet hitting the pavement as they set their sights on the Magic City sign roughly a mile down the road.

Putting one foot in front of the other, the line of men make their way towards downtown, their figures slowly melding into the hazy skyline of the city.

Volunteers assemble food plates in a cafeteria-style service for breakfast, lunch and dinner every day in the JHM dining hall. While the mission’s kitchen staff usually prepares the meals that the volunteers serve, volunteers are also welcome to provide the meal.

This relationship-building program partners current clients with volunteers from the community in hopes of generating conversation, understanding, encouragement and support for everyone involved. Most volunteers and students meet once a week during breakfast, lunch or dinner, while some pairs choose to talk more frequently.

Eighty-three percent of donor contributions goes to directly program service expenses benefiting JHM clients, and the organization does not receive any government or United Way funding. Some employers match donations to double your impact as well. They also accept donations of items from their Amazon wish list and accept vehicle donations in partnership with Driving Hope, another local nonprofit. 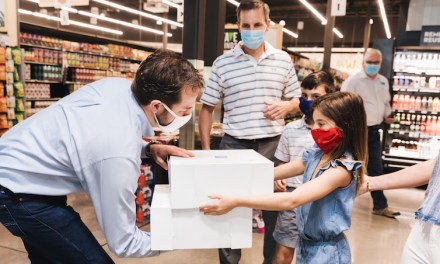 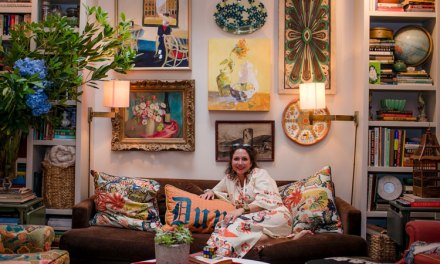 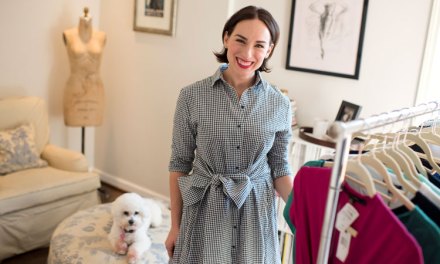 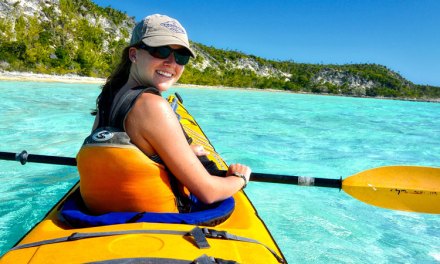