The Soul of Design 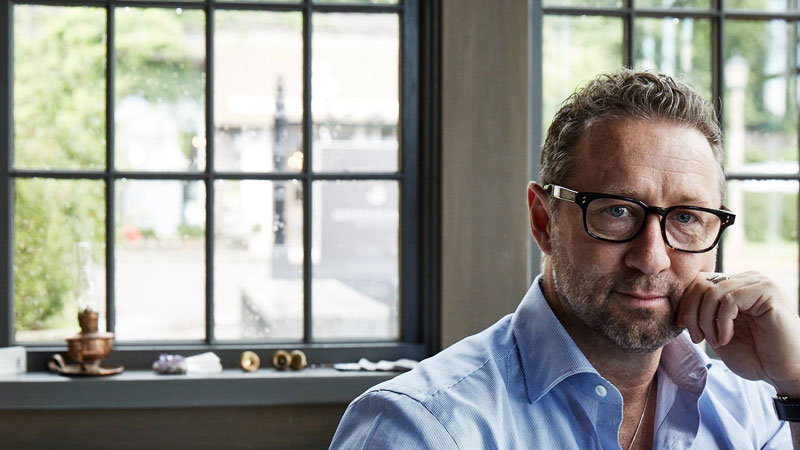 The text of architect Jeffrey Dungan’s new coffee table book reads like an artist’s statement. “The design of every house is a journey for the imagination,” he writes, “so with each I try to do one thing that I have never done before. I enjoy drawing a house as it wants to be, knitting the site and its owner into a setting in which they can both live happily.”

So it makes sense that the book’s roots lie not just in Dungan’s career designing homes but also in how he fell in love with words, especially poetry, and their power in college. He’d later couple those passions on blog and Instagram posts, to inspire others as he likes to be inspired. And then, after leaving his mark on home designs rural, urban and suburban across the country for a couple of decades, this St. Clair County native embarked on creating what would become The Nature of Home: Creating Timeless Houses.

Dungan didn’t want the book to just boast pictures of his work, although you’ll find them in there too. He also wanted to articulate what exactly makes architecture powerful, what makes it transformative and timeless. “It felt like ploughing up of my soul to get it out and start to grapple with why I believed it,” he says of the writing process.

And indeed the text is a lens into the soul of the designer. “More than this, we hope for a home to be a citadel to protect us from life’s pressures, a bulwark and a comfort against the test of time and the stresses of life,” he writes. “In a place that feels permanent, that bears an air of lasting beauty, lies what we mean by the term timeless.“ 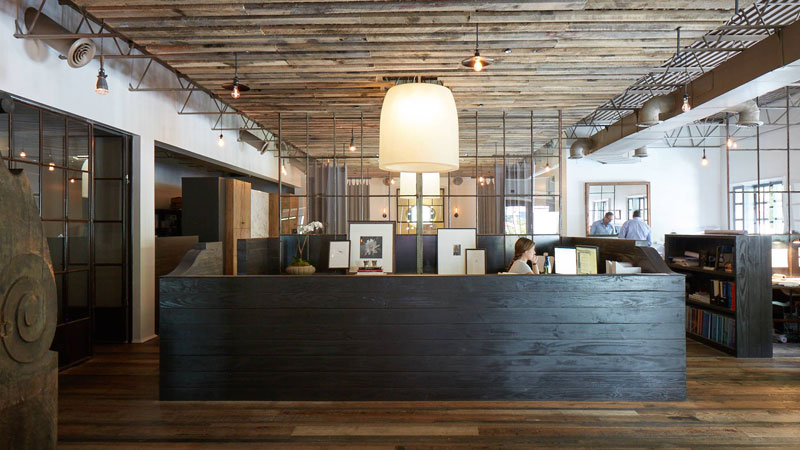 Dungan’s publisher had originally talked about just printing around 5,000 copies of the book, but that number became 8,000 upon publishing in September 2018—and it’s now been printed a second and third time. If the first letter he received in response to the book—from a woman in Australia who somehow got a copy in her hands before Dungan himself did—is any indicator, what he values also resonates with many others.

When we interviewed him for this article, the architect’s firm was working on projects in California, Colorado, Texas, Washington state, Nova Scotia, Costa Rica and the Dominican Republic. But much of that work takes place in his glass-walled office space that overlooks Continental Bakery traffic in a village he finds quaint, charming, and, aptly, very English. If you’ve walked past his office building, No. 1906, you no doubt know it’s home to an architect with its leaded glass window framed in the dramatic entry and English style façade reminiscent of the homes he designs with his team. It’s also just up the street from the Chester’s International headquarters building he designed to look like a “proper English shop” (note the English theme here).

Dungan has also left the imprint of his design thinking on Mountain Brook homes, several of which are showcased in his book. On the pages that follow Dungan narrates how those houses came into being—in large part shaped by their owners. After all, as he writes in the book, “In many ways, designing a house is really just an excuse for a relationship. And like a relationship, the design always evolves.” 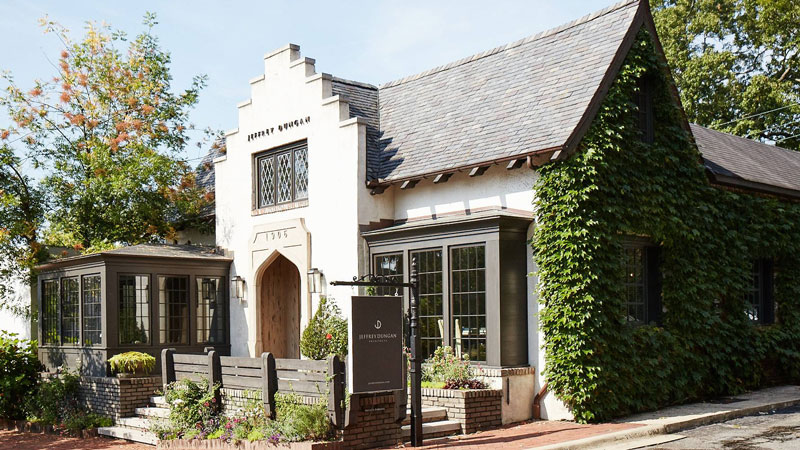 No one spends more time anywhere than in their place of business, so why do so many work in awful surroundings with lay in grid ceilings of no inspirational value? I love our little spot in the uphill corner of English Village. Apparently so do photographers because they use our office as a backdrop almost every day, which we take as a supreme compliment. We gutted the inside and made it warm and inviting with reclaimed wood floors (some over 150 years old) and steel windows along with many other details, so we truly have an environment that promotes our work being inspired as well. 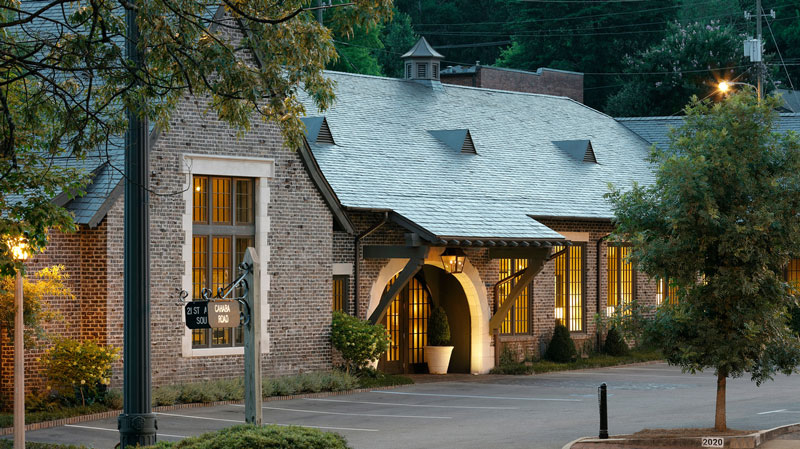 This property had been an Eckerd Drug store and then a wine shop, and then sat empty for years on a very wonderful corner in English Village just down the hill from our offices. The new owners wanted to create a very special and well-appointed environment for their clients and employees, and they spared few expenses in doing so. We totally stripped and resigned the entire building with custom made klinker brick and a slate roof. We designed all the layout and renovations and worked with the irrepressible Susan Kasler on the interior decor and artwork. We are very proud to have turned an eyesore into such a complimentary part of English Village that I call “a gift to the street.” 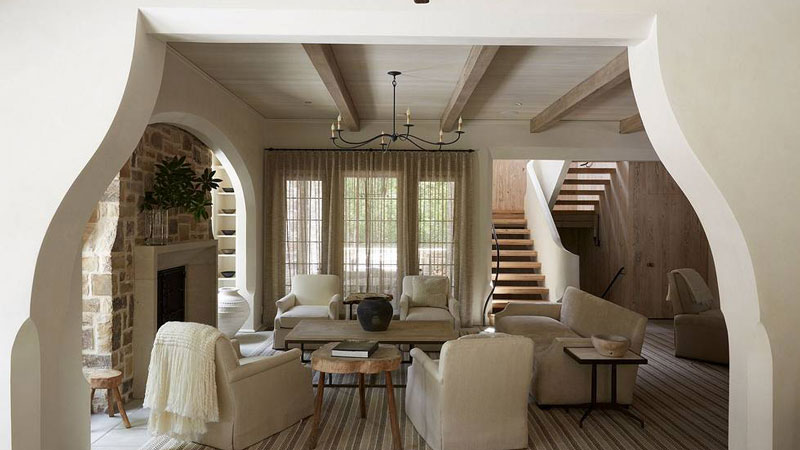 I always enjoy designing for clients personas, it’s something that is more intuitive about people and their affect. One thing that struck me about these clients was how much an outdoorsy cowboy he was and she was pretty sophisticated—opposites attract they say. So I wanted a house with two gears. The exterior is a rich and quite approachable and warm feel that I call refined-rustic. The interiors by Beth Webb are more clean and modern and soft. The blend of the two made for some striking moments and makes both of both husband and wife quite comfortable, which is always the ultimate goal of our work. 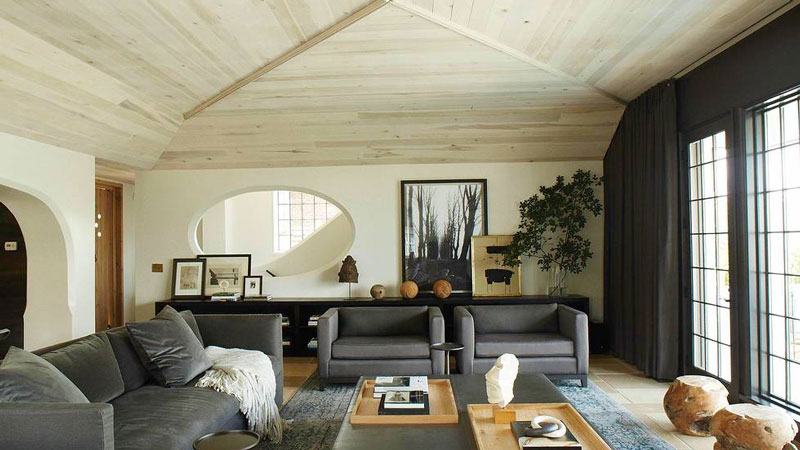 After 25 years of making houses for other people, I decided to do one for myself. You’d think it would be easy, but sometimes the question “What do you want?” can be very difficult one to answer succinctly. I travel all over the country with our work, so I needed a low maintenance simple place. But of course I have so many ideas and options floating around in my head that it made simplicity a very difficult goal to achieve. So my house in some ways became a laboratory for experiments in design some ideas that perhaps would be risky to try on my unsuspecting clients. I worked with Betsy Brown on the interiors, which proved to be a perfect blend of my emotion loving bent and her very quiet and cool serene touch. 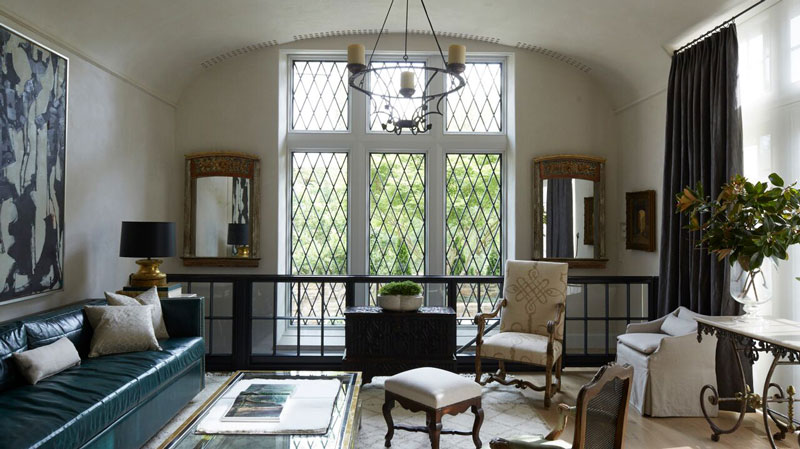 The most memorable aspect of this project is the owners. They have an appreciation of all things European and a love of thoughtful design. Once they found the perfect house to renovate in the ideal location, they completely threw themselves into the process. Because of the high visibility of the historic home, neighbors and others who passed by were able to watch the entire project unfold. The end result is a home that seamlessly blends the existing Tudor house with the new adaptations, edits and additions. This project was the first of many with these clients, and our friendship continues to this day. 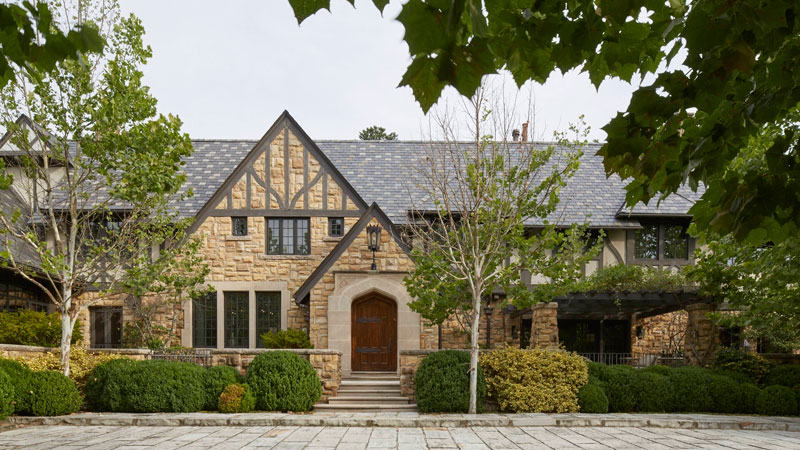 I had done a house years earlier for this same couple at the end of Country Club Road. I’m not sure if they were gluttons for punishment, but they wanted to downsize and called me again. On this piece of property on the opposite side of the golf course, though, downsizing was not an option it was dictated by the tiny lot, so we literally made a program of five rooms on the main level and poured so much detail and thought into each space. She is a talented artist and he is very into making things very well constructed. We made the walls almost 2 feet thick and had a roof from a decommissioned convent in Spain taken down and shipped across the ocean just in time to rest in its current location. To say we had fun would be a great understatement. 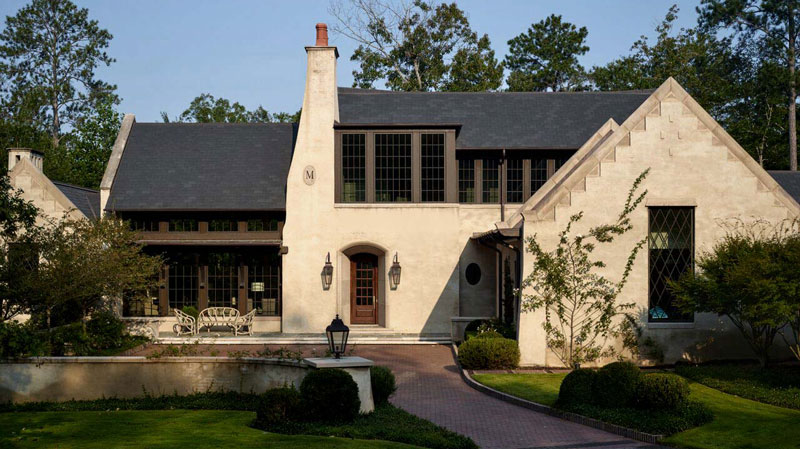 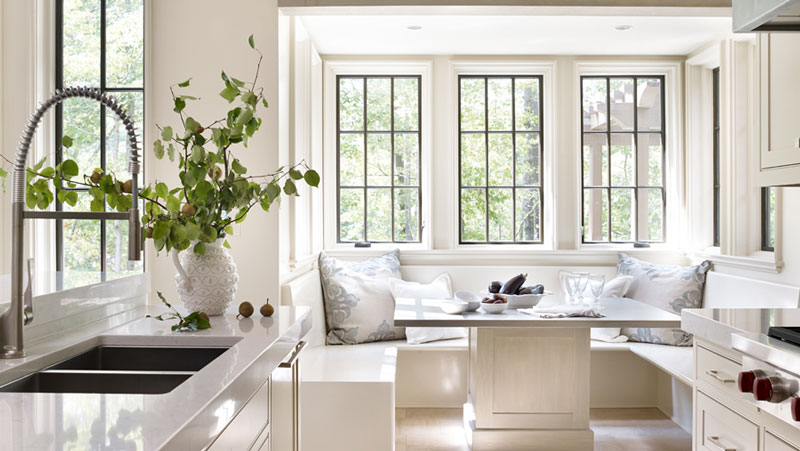 I love the story of the lady of the house who I admire greatly. She is very soft-spoken (mostly) and had many ideas about the layout but left the feeling of the place more up to me. When I shared the design with her, she was very focused on the flow of things, and when we got to the look and feel, she was amazed at how it fit her and asked me how I knew what to do. I honestly just said, “Well, you’re very zen and confident and calm, so I just made it look like you.” It’s still one of my favorite breakfast nooks ever. 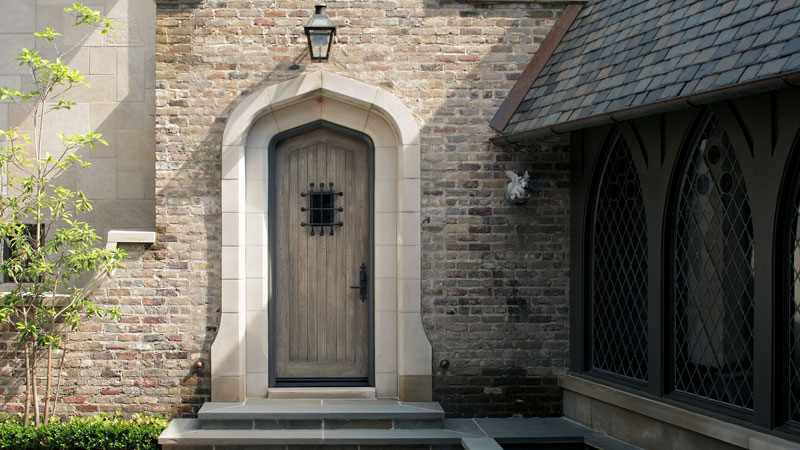 A self-proclaimed Anglophile desired a house that looked like “an abbey from the Cotswolds fell from the sky and landed on the side of this mountain.” The request was not surprising since the client is a Tony Award-winning producer with more than a slight flair for the dramatic. The site certainly helped with her request. Wedged between two curving roads, the slender hourglass-shaped property dropped about 50 feet, creating its own drama. Using the abbey theme as a metaphor, we designed a compound of sorts by using different masonry materials to render each structure. The result is a sprawling home along the hillside that appears to have grown over the course of centuries. 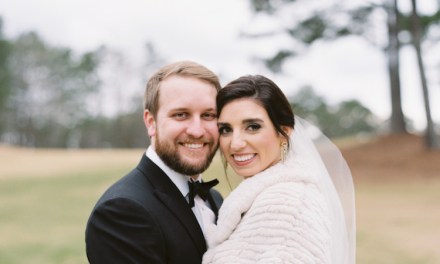 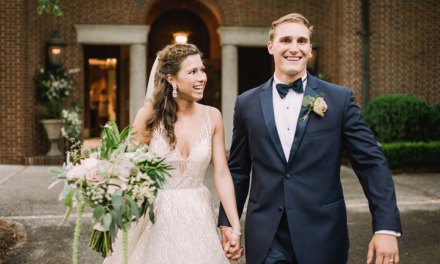 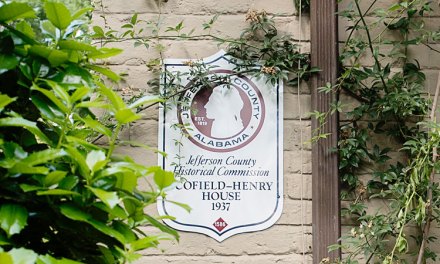 From the Scofields to the Parrishes 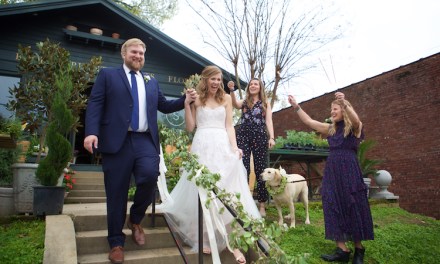