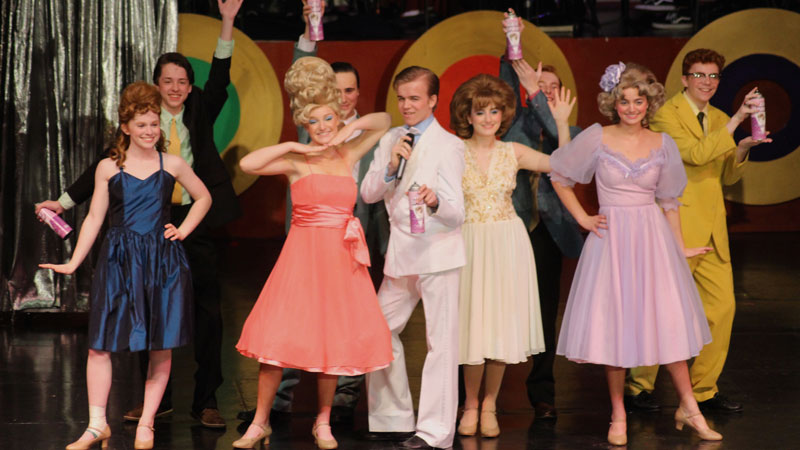 Mountain Brook High School students stepped back into the 1960s on stage this spring, starting with the classic Hairspray line, “Good morning, Baltimore!” Tracey Turnblad, played by junior Massey Jordan, landed a role on a TV dance program, became a celebrity overnight, and lobbied for the show’s integration—with a cast of characters played by both MBHS students and Carver High School students, thanks to a grant for a joint production Carver had received. To get the behind-the-scenes perspective on the show start to finish, we chatted with Massey and co-leads Martha Louise Waters (Edna Turnblad), Haise Ogilvie (Wilbur Turnblad) and Anna Withers Wellingham (Penny Pingleton).

Some of you had really been wanting to do this musical and had watched it since the 2007 movie came out. What do you think is so appealing about it?

Anna Withers: I have been watching it since I was little. I just wanted to watch it because Zac Efron was in (the 2007 film). When I watched it a year ago, I realized all the messages about racial diversity and accepting your body and who you are and where you come from. All of those messages sank in with me, and that’s what makes Hairspray such a great story to tell.

Haise: I got really excited because all the shows we have done in the past have been comedies. They had themes but not messages as important as Hairspray does. 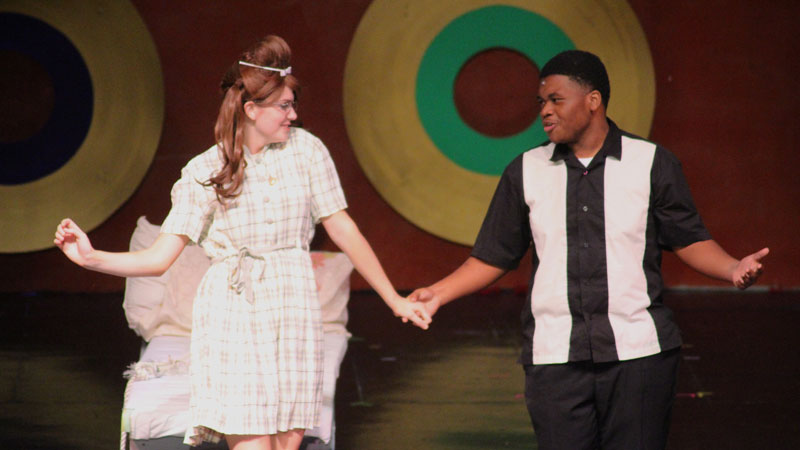 What did it look like working with students from Carver?

Massey: I was really nervous at first because we had never partnered with another school. We walked in and just started running through everything. We performed it, and that’s how we got to know each other. We built our relationships off of our characters and would call each other Seaweed or Tracey, even though we knew each other’s names. Even when we text on the GroupMe after the show, we say, “Hey Seaweed.” It was fun to create a different relationship with these people than if you just meet someone on the street.

Anna Withers: I was nervous because my character had a love interest in one of the Carver guy’s characters, Seaweed, and I was like, “I didn’t even know this person.” I just had to meet him and think, “Okay we are in love.” They threw us right into the part where we had to hold hands and dance and almost kiss. Throughout the show, I didn’t realize how much I would love these people and treat them like family.

Haise: All three actors who played Seaweed and I made this quartet of friends, and there were many inside jokes made. We still all remain in touch after the show.

Martha Louise: It was such a great experience for those of us who don’t get the diversity experience being here at Mountain Brook, and a lot of friendships were made. 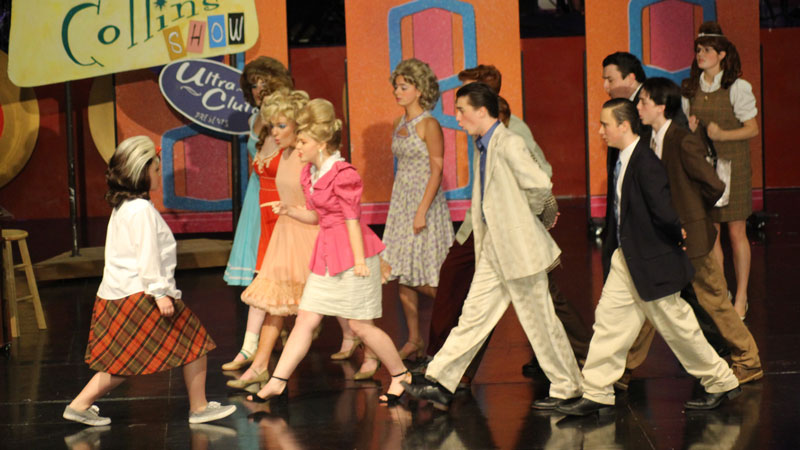 What moments stand out from the experience?

Anna Withers: At cast party, we were all singing and dancing together, doing some Bruno Mars. It was really fun. I noticed how our two schools blended, and that was the whole point to me.

Martha Louise: Tim and Malik (from Carver) started a dance circle. It was going crazy and we were chanting everyone’s names, and someone new would go into the circle, someone from Mountain Brook and then someone from Carver. It was really fun.

Massey: Before one show, I had just gotten into my full costume, which is a fat suit and a big wig and is not very comfortable and is really hot. I was walking through the green room (where the Carver students were for their preshow traditions), and someone grabbed my hand and pulled me into their prayer circle. I was the only Mountain Brook kid in there. They are all really good prayers, and I was in awe and wondering why we didn’t do it. It was really fun that they included me in their pre-show tradition.

Anna Withers: One of my favorite memories was when we were leaving the cast party, and two of the three Seaweeds came over and gave me a group hug. I told them I was so lucky and (it was a) privilege to meet them. They both took my hands and said, “We were so lucky to meet a worthy Penny.” It’s something that I’ll always remember. They’d always try to make me laugh before our big scene where we had to be all lovey-dovey. 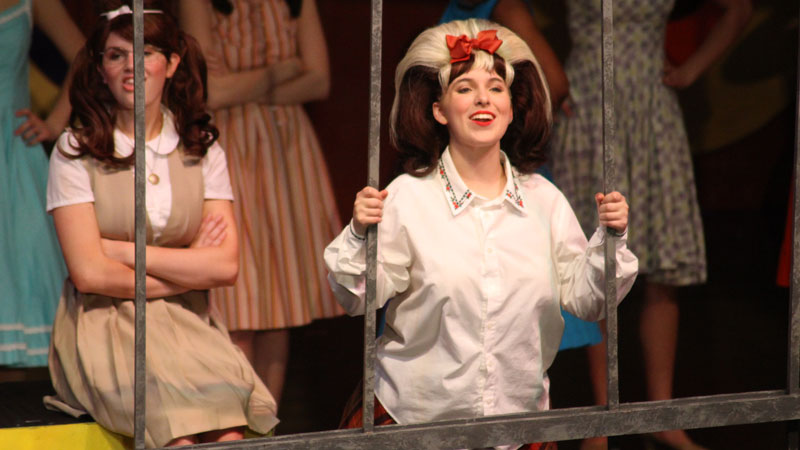 How did the themes of the play become more real as you were playing your roles?

Martha Louise: Since I played Edna, she is supposed to be a bigger character. I myself have struggled with accepting who I am and my weight. One of the songs, “Big, Blonde and Beautiful,” really spoke to me as we continued to do that in rehearsals and in shows. Not only am I playing that character who has to figure that out, but I myself came to realize that.

Massey: I have also been insecure about myself, and I just accepted that in the past two years. It was cool to get to play a character who teaches people the same thing. After one show I was still in my costume and this old lady told me I did great and that that she thought I was super skinny under the costume. And I thought, “You didn’t get the theme of the show.” The whole point is that it doesn’t matter what size you are. What matters is your personality and your attitude and who you are on the inside.

Anna Withers: My character Penny falls in love with this black guy from the other side of the tracks, and it’s a big deal in the ‘60s. Looking at today, we have gay marriage and interracial marriage and all these things that are just coming together, and the world is such a different place. I thought it was cool to represent that to many people and say, “Love is love. It doesn’t matter if you are black or white or gay or straight.”

Haise: My character is in love with Edna, and in “You’re Timeless To Me,” he talks about how he doesn’t care about her image, he cares about what’s on the inside. When I was memorizing those lyrics, that was when the themes started to hit me.

Massey: The original movie came out in the early ‘80s right after the counter culture movement in the ‘70s. Historically it’s so much bigger of a moral because parts of the show were frowned upon. It’s still affecting audiences and people.

What was most unique to this particular production of the show?

Massey: In that first rehearsal (our teacher) Mr. (Jesse) Tilton was telling us why we were all cast as the characters we were. I was expecting him to say something about my acting, but he looked at me and said, “I cast you because I know I can trust you,” which is a mind-blowing thing. He told something like that that was deeper to each of us, and I think we all carried that with us. I wanted to make Tracey seem like a trustworthy and kind character because I was told I was trustworthy. I tried to play her less loud and obnoxious than some other actresses who have played her.

Anna Withers: I like how everyone interpreted their character differently. Martha was one of the most amazing Ednas I had ever seen with her energy. Haise added this lovingness to Wilbur I hadn’t seen. He’s corny and quirky, but he added something special that made him like everyone’s dad and with the way he loved Edna and helped Tracey. As Penny, I tried to make her as bubbly and fun and crazy as possible. The sugar from the bubblegum helped. I got to be me times 10, and I really connected with my character.

Martha Louise: I sang Edna’s role. Usually a man speak-sings it. I am more naturally a singer because I have grown up singing more than acting. It was fun to bring that part of me into it.

Haise: I have been acting since seventh grade but never sang, and I didn’t think I could sing. Martha Louise told me to just try. The most memorable experience was getting to do the duet with Martha Louise. The first time we did it I was really proud because everyone was super wowed by it. I have now joined choir after realizing I can sing better than I thought. 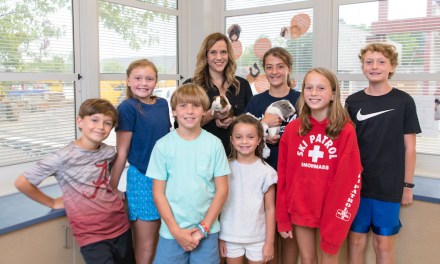 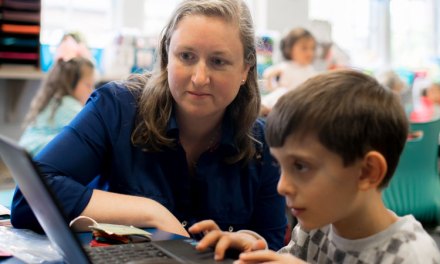 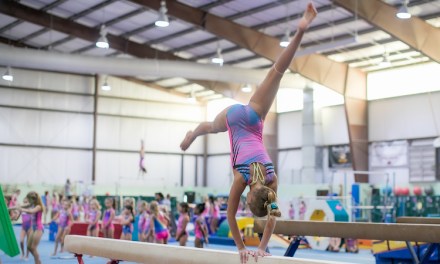 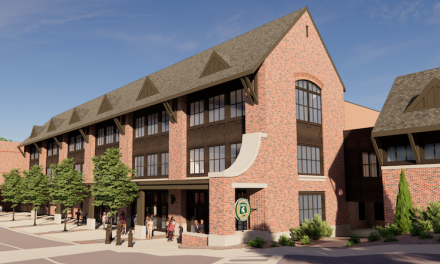 Everything You Need to Know About Mountain Brook Schools Construction Projects