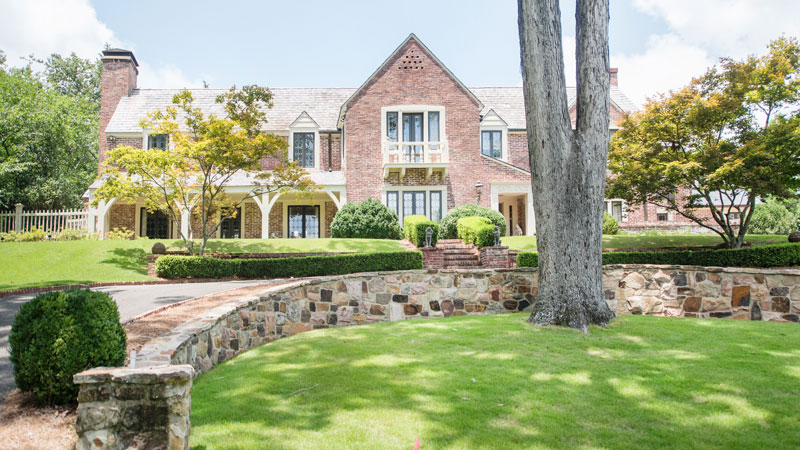 When she married her husband, Jeff, Deanna Pizitz only brought a desk, her clothes and a few boxes into their home. It was, after all, already replete with antique furnishings and art he has carefully curated over decades. Furnishings mean more when you select them yourself over the years, he’d argue. While he is drawn to darker tones, Deanna, by contrast, prefers things light and bright, and had always let her decorator pick out art and accessories for her home.

But from there, the melding of not just their lives but their tastes began.

Most of the 1931 Southwood Road house hadn’t been renovated since the 1970s, so the couple enlisted the expertise of interior designer Dana Holcombe, who had worked with Jeff before and knew his style. She listened to Deanna too, and they set out to lighten and brighten spaces while allowing both husband and wife’s styles to shine. “You can have every part of the house, but I want the foyer, dining room, living room and the study,” Jeff had told Deanna.

Both of their ties to the house actually go back long before Jeff bought the home in 2002. Jeff grew up visiting his grandparents’ home on the Southwood Road and has loved the street ever since. As for Deanna, she had visited the house in the 1990s for a medical alliance meeting hosted by then-owner Diana Orso. She remembers noting how beautiful the home and its backyard were and dreaming of buying it.

The home was designed by architect D. O. Whilldin in Tudor revival style but also with colonial revival features such as shed porches on its front. “The ‘warped’ brick and Y-shaped, hand-hewn posts and dowels convey the sense that skilled artisans hand crafted them, like the work of the medieval-era craftsmen that these Tudor features seek to emulate,” Thomas Mark Shelley writes in a Birmingham Historical Society book about the architect’s work. In 1970s renovations, the home gained leaded beveled glass windows in place of the original casements, making an exquisite statement along its front and up its second floor staircase.

Over the past few years, Jeff and Deanna have visited countless art galleries and antique shops together on their travels, and she’s learned about the stories they boast along with that of their home. Four years ago in New York she came across art by Hunt Slonem, a bright piece depicting butterflies in particular. It struck a chord with Deanna. A little over a year ago she and Jeff ended up purchasing it and hanging it on the stairwell wall in the home—now painted white over a previous green. “I have a whole new appreciation for things,” Deanna says of the evolution of her style and taste. “When I pass that Hunt Slonem, I understand how (Jeff) feels now. It has a story.” 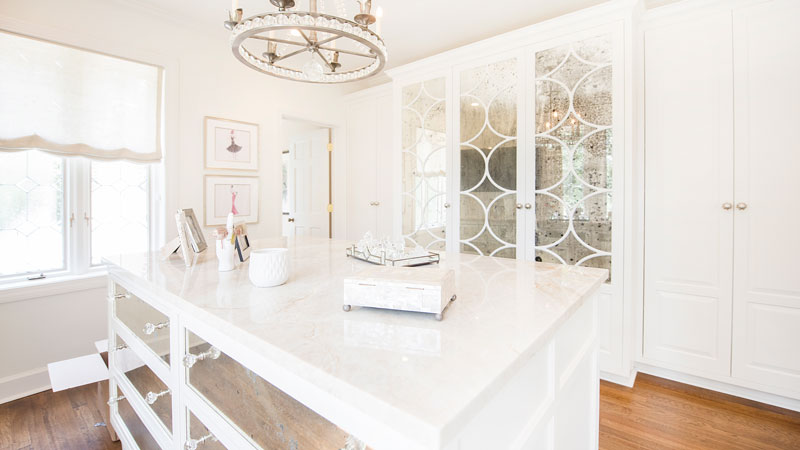 When they renovated the house’s upstairs, Deanna converted one bedroom into an elegant retreat of a dressing room, with its own bathroom that allows for she and Jeff to have separate “his and hers” master bathrooms. All of her clothes and accessories have homes in the custom white cabinets and drawers bedecked in antiqued glass. Her inspiration for the room came from a Pinterest board she cultivated. “I showed (Dana) my dream and she made my dream come true,” Deanna says. 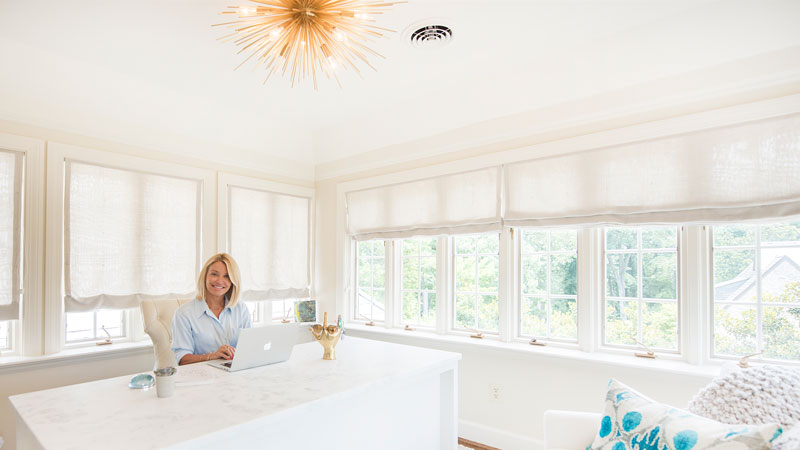 Originally a sleeping porch, Deanna spends lots of time working on her blog, Well & Worthy Life, and health coaching in this light and bright space that boasts three walls of windows. The metallic light fixture and many of her accessories are from her daughter-in-law Shannon’s store Kellum & Company. (Side note: Shannon and her husband, Carter, held their wedding in Deanna and Jeff’s backyard in 2014.) 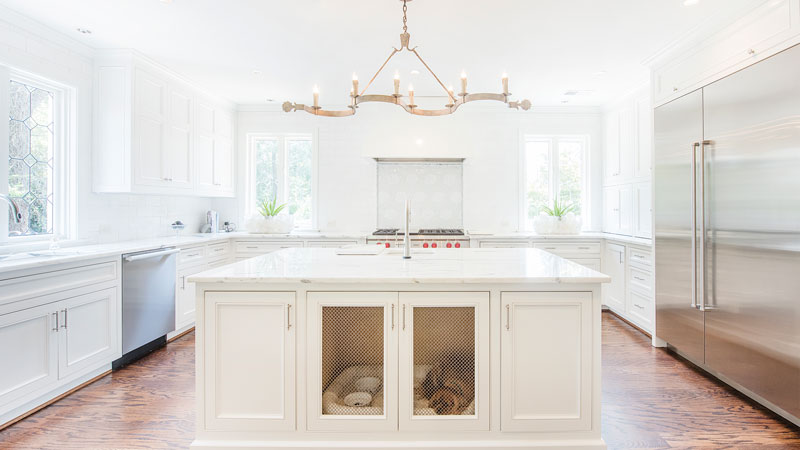 In recent renovations, Deanna and Jeff opened up their small, dark kitchen to create an open, spacious area with bright white cabinets and marble countertops. Near the windows sit two custom rock crystal pieces—one of Deanna’s new favorite old-meets-new materials you can also see in a lamp and candlesticks in other rooms in the house. 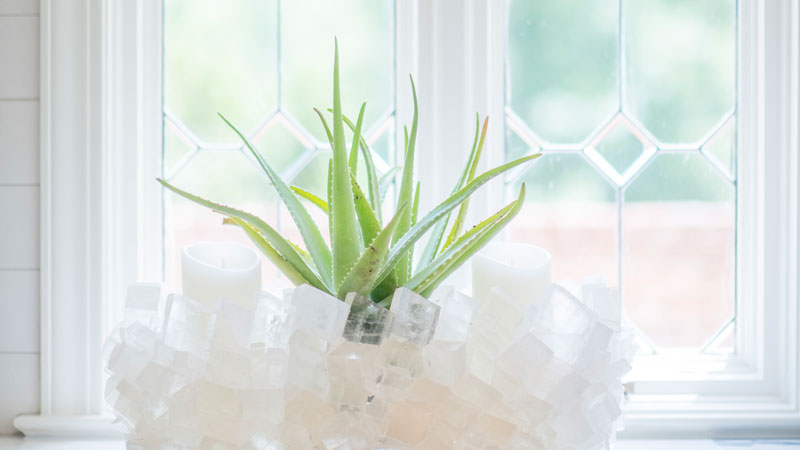 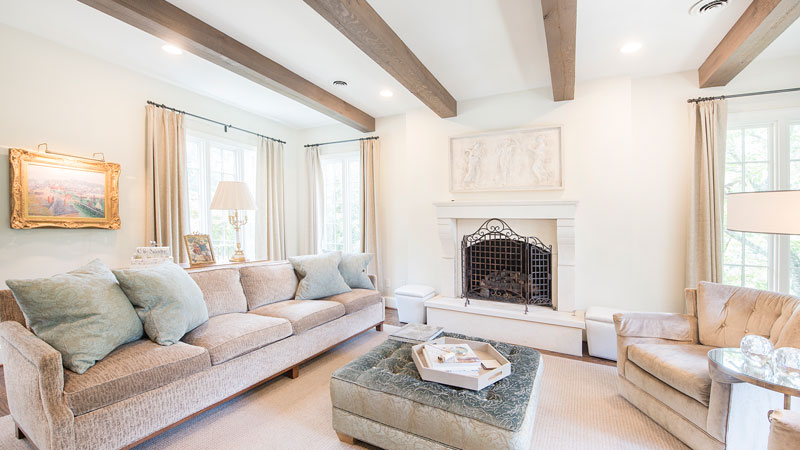 When she redecorated the den off the kitchen, Deanna started with all new furniture, but then she brought in a few of Jeff’s antique pieces and has recently added two pieces of art that they picked out together. “I was not an antique person at all, but now I feel like a little bit is good,” she says. 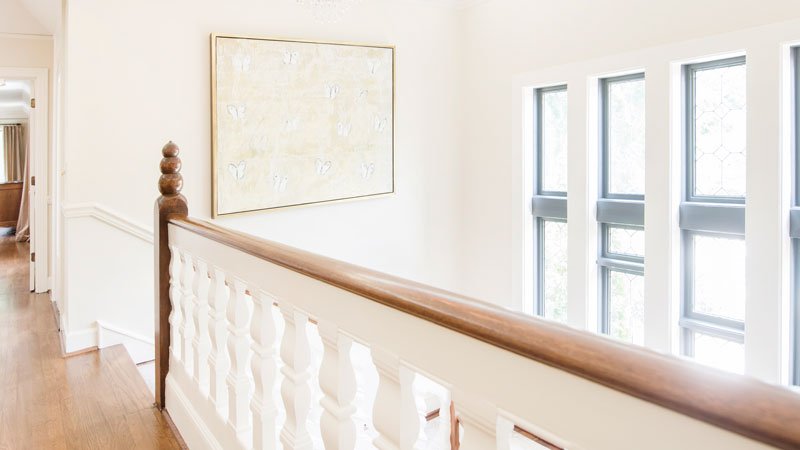 When Deanna moved into the house, the walls of this area were green and the carpet was what one vendor called “Methodist red.” Today a new white hue has lighted up the space along with most other rooms in the house, blending in with the tall walls of windows it showcases. As you walk up the stairs, you can see a painting by Hunt Slonem that she and Jeff picked out in New York. 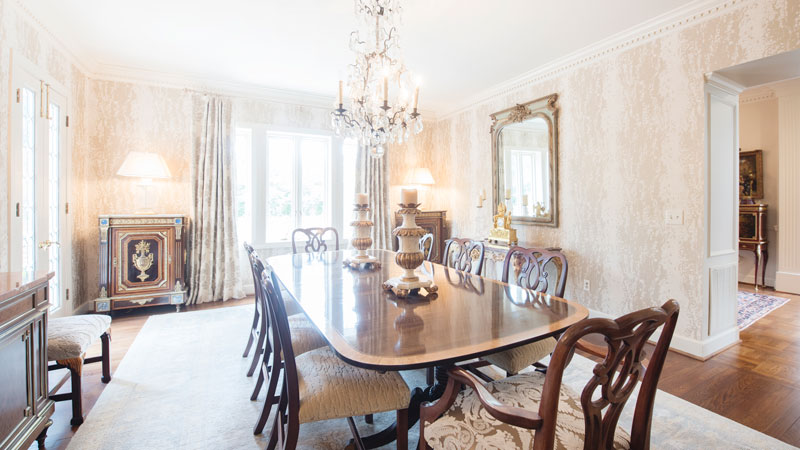 This space showcases Jeff’s grandparents’ dining table and some of his antique pieces, but Deanna lighted up its dark tones with new wallpaper, a rug and seats on the chairs that incorporate a modern take on metallics. 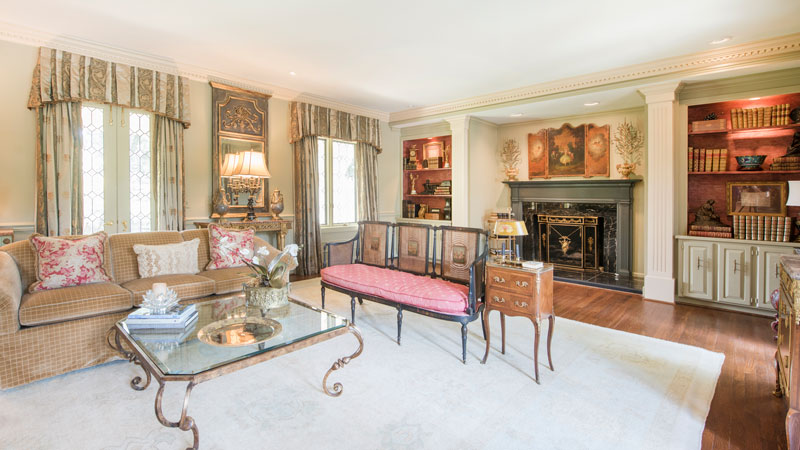 Just as Deanna’s office and dressing room are 100 percent her style, this living room and the house’s study are 100 percent Jeff’s, showcasing his collection of antique furnishings, books, art and more. 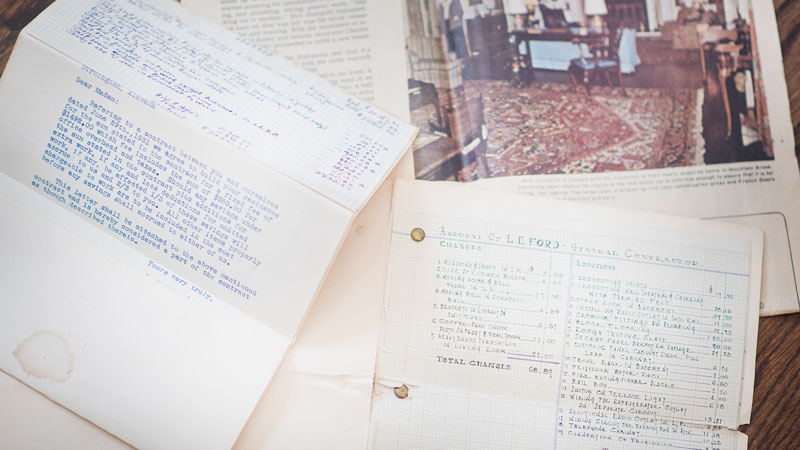 The Pizitzs had been given historic documents about their Southwood Road home, including an original statement of cost at $37,650 and an article on its late 1970s renovations that ran in the Shades Valley Sun on Feb. 28, 1980 when Fran and Leonard Hultquist owned the “splendid English Country Home…resting serenely on a knoll with natural grounds and lovely views.” 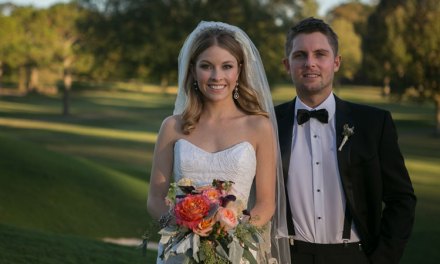 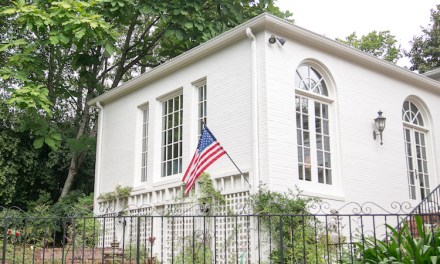 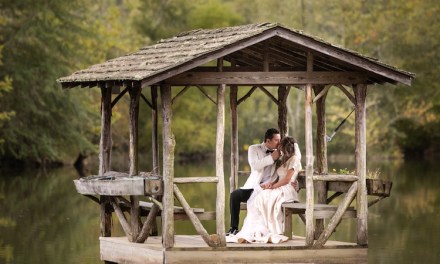 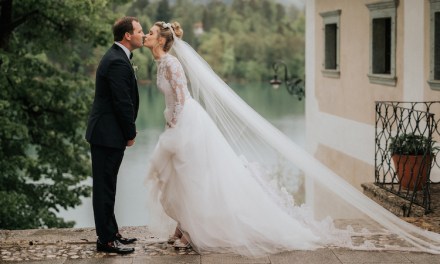